Lloyd’s of London and the Birth of Insurance

It’s hard to imagine our world without the protection of comprehensive insurance. From personal life insurance and vehicle insurance to corporate insurance, insurance coverage is designed to protect our interests in the unlikely event of the ‘worst case scenario.’

First mentioned in the London Gazette in 1688, the article declared a reward for “five stolen watches and encouraged anyone with information to contact Lloyd at his shop in the City.” An early sign of insurance, Llyod’s of London boasts a colourful and intriguing history, which has evolved into what we know as the comprehensive insurance coverage of today.

The Early Roots of the Insurance Industry 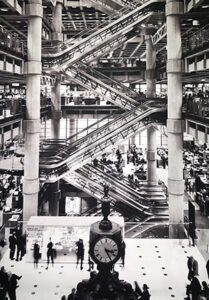 Little known outside the insurance world, the modern insurance industry can trace its roots to the first London coffee shops. In 1666, coffee shops began to emerge as the ideal place for business professionals to meet and conduct their business.

During the 17th Century, London served as a trade center, which led to an increasing demand for shipping and cargo insurance. With roots in marine insurance, Lloyd’s was founded by Edward Lloyd at his coffee house on Tower Street in 1686. Popular with merchants, sailors, and ship owners, the coffee house quickly earned the reputation as the place to go for reliable maritime news. In fact, for a short period in 1696, Edward Lloyd published Lloyd’s News, providing news pertaining to shipping movements and other matters of interest. The publication eventually evolved into the infamous Lloyd’s List, first published in 1734.

Llyod’s Coffee House also became a popular meeting place for underwriters (i.e. individuals who accept insurance on ships for the payment of a premium). Today, Lloyd’s has a dedicated building on Lime Street, which opened in 1986.

The Evolution of Insurance

What started out as maritime insurance for shippers in London, has evolved into the vast land of comprehensive insurance coverage of modern times. Some notable moments in Llyod’s history include the following:

Despite efforts to find the vast treasures lost aboard the HMS Lutine, the Lutine Bell was the only procession of consequence rescued from the ship wreckage. The bell was hung in Llyod’s Underwriting Room and is rung to give news of an overdue ship, once for its loss and twice for its return. The Lutine Bell remains on display at Llyod’s to date.

During this era, governments were not expected to supply relief funds, so the burden of losses fell on the insurance industry. Llyod’s leading earthquake underwriter Cuthbert Heath, famously instructed his San Franciscan agent to “pay all of our policyholders in full, irrespective of the terms of their policies”. Subsequently, Lloyd’s paid out over $50 million , equivalent to more than $1billion today.

Considered a monumental risk, Llyod’s underwriting room insures both the Titanic and her sister ship, the Olympic, on behalf of the White Star Line (the hull alone was valued at $1.3 million, or approximately $1.25 billion in today’s money). Many of Lloyd’s syndicates signed their names to the insurance policy, covering amounts ranging from $13,000 to $99,000. Ultimately the premium was provided for a mere just $9,900. Still considered the largest marine loss in history, Llyod’s insurers paid out in full within 30 days.

Petra’s Managing Partner, Ramzi Ghurani, recently had the pleasure of visiting Llyod’s of London to see first hand how they have impacted the insurance world, as well as how they are shaping the future of the insurance industry.

Ghurani is committed to keeping his finger on the pulse, stating “We are committed to ensuring Petra Insurance remains relevant and up to date on what’s happening in the world of insurance to provide our clients with the most comprehensive insurance coverage and risk management policies.”

Following in the footsteps of Llyod’s, Petra shares a rich reputation of providing the community with insurance and risk management services to protect their interests. Leveraging the their expertise and experience with the history of the industry, the professionals at Petra look forward to working with future generations.