How we purchase goods and services have changed. Just as smartphones are poised to completely replace cash and credit cards, cryptocurrency emerged to become the latest in convenient digital currency transcending geopolitical borders. Insurance industry trends indicate that cryptocurrency and the technology behind cryptocurrency (blockchain) may completely dominate the market for years to come. To evolve with the ever-changing digital market, the insurance industry must determine if and how to create comprehensive insurance policies for organizations operating with Bitcoins.

What is a Bitcoin?

As of 2015, over 100,000 retailers including Amazon accepted Bitcoin, making it the most universally accepted form of cryptocurrency today. That number is expected to rise in the future. Like good old fashioned cash, production of Bitcoins is regulated to 21 million. Bitcoins are “mined” through mathematical algorithms. Unlike traditional currency, the production of Bitcoin is not monitored or controlled by a central bank. Instead, blockchain technology maintains a digital ledger of Bitcoin transactions. All ownership information in the digital ledger remains completely anonymous. The Bitcoin ledger is entirely accessible, serving as the only system of checks and balances for the currency.

Bitcoins allow businesses to charge extremely cheap transaction fees. For example, with high credit card transaction fees it’s impossible for websites to charge customers pennies to play a game. These smaller transactions become even more expensive with international clients. The answer lies in the Bitcoin. Bitcoin lowers costs and allows for ultra low payments, opening the market for website companies to charge exactly what they want without high transaction fees. Globalization will drive increased demand for non-traditional currencies, and Bitcoin provides a standard, logical payment option for the virtual marketplace.

Organizations looking to minimize the risks associated with Bitcoin can now obtain virtual currency insurance coverage. However, the Bitcoin insurance market is new, and we are only just beginning to navigate the problems associated with government regulatory exposure and the potential theft of the digital currency. How and when or even if virtual currency will be regulated remains uncertain. The obscurity and privacy of Bitcoin transactions make it challenging to defend accusations of tax evasion and money laundering, both of which are of increasing interest to many governments.

Remember back in 2015 when the former CEO of MtGox Bitcoin Currency Exchange was arrested in Japan after the company infamously collapsed and lost Bitcoins valued in the hundreds of millions of dollars the year before? In the aftermath of this event, the world has been anticipating regulatory action to encourage Bitcoin exchanges to improve protection and analysis of cryptocurrency transactions. This high-profile business failure illustrates complex risks involved with Bitcoin management and makes a strong argument for cryptocurrency regulation. With regulation comes litigation. With litigation comes expense and overhead. The risk, in the case of those who entrusted MtGox, may be worth the added expense. 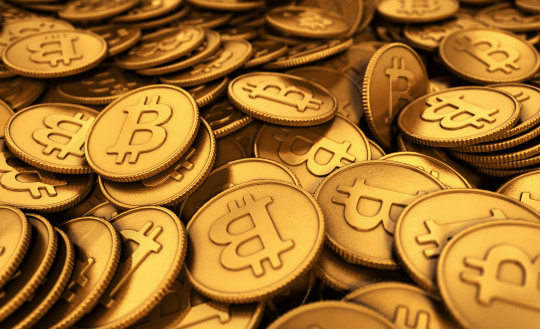 The potential threat of Bitcoin theft offers a unique obstacle for businesses. As a virtual asset, Bitcoins are intangible. They can’t be physically secured in a vault, they aren’t insured by banks, and they currently aren’t regulated. Bitcoins are solely a value in an electronic ledger, and insurance policies don’t sufficiently address potential risk and exposure. However, many industry leaders argue that coverage may be granted within the existing language of policies currently carried by organizations today, to include Crime, Property and Cyber Liability policies.

Insurance policies protecting individuals and businesses from crime is not a new concept. Crime policies have existed for years, and the systems in place are standardized across the industry. Bitcoin Crime insurance policies would implement coverage for many types of loss and theft circumstances including counterfeiting, employee theft, and computer fraud.  The problem is that each Crime policy covers actions only when “money” or “securities” is stolen. To recognize Bitcoin theft under a Crime policy, the insurer must first determine if Bitcoin meets the definition of “money” or “securities.”

The catechism of regulation calls into question the responsible parties. Should the World Bank, the International Monetary Fund or World Trade Organization consider international agreements to regulate exchanges of the differing views of what Bitcoin represents? Some countries, most notably Japan and Canada would argue otherwise, categorizing the cryptocurrency as a commodity. In contrast, many European nations expect to establish cryptocurrency as a voucher, which would make Bitcoins subject to the VAT (the Value Added Tax is a consumption tax for goods). As Bitcoin applications evolve on the world stage, one factor remains constant: Bitcoin protection, via an insurance policy, will mitigate what could otherwise pose as an untenable risk.

If Bitcoin is determined to be a commodity, traditional Property insurance will not provide coverage. One could argue that Bitcoins are both electronic data and valuable records, and therefore covered under standard Property insurance policies. Valuable papers and records are characterized as written documents, printed documents, manuscripts, and records, to include books, deeds, films drawing, abstracts, maps and mortgages, and all covered under Property policies.

Cyber liability is a new concept. Cyber liability is written with nonstandard policy wording and offers Property insurance for loss of “electronic data” or “digital assets” from hacking, but there’s a catch. Almost all policies exclude money and securities. If Bitcoin is established as a currency, a hacking loss would not be covered under a Cyber policy. If Bitcoin is determined not to be legal currency, there is the possibility for coverage.

Bitcoin and other cryptocurrency present an exciting frontier in risk management. While the benefits of advancing the Bitcoin space are apparent, the vulnerabilities are just starting to surface. We offer the following advice while the Bitcoin environment evolves: companies accepting Bitcoin should attempt to purchase Crime, Cyber Liability and possibly Property coverage from the same carrier to lower the chance of different coverage. Until the insurance industry understands the changing cryptocurrency environment, these insurance policies will offer the best risk mitigation while accepting Bitcoins for business. When it comes to insurance policies, it’s always better to err on the side of caution (i.e. “better safe than sorry”).