University Takes Out Insurance on Chinese Student Tuition in 2017 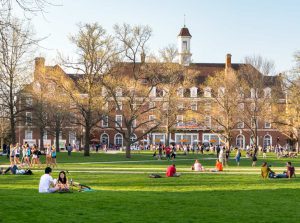 In a move that proved to have more foresight than anyone could have ever predicted, in 2017, University of Illinois Business School Dean Jeffery Brown purchased revenue and pandemic insurance worth up to $61 million with their Chinese student body population in mind, which represents nearly one-third of their engineering program.

Due to many clerical errors, the University was left with a policy that did not provide the appropriate coverage for the students it had, and it also expired in May 2020, at an extremely volatile period in the COVID outbreak, leaving the university exposed to risk.

When reading about this story, one can see in hindsight the number of ways that this plan went astray:

Furthermore, it was also the responsibility of the brokers to ensure that the account was being handled appropriately and not to drop the ball in such a dramatic manner. As the experts in this situation, they should have had the foresight to plan for such an event and have contingencies if such mistakes are made. But by fumbling this account, they lonely served to put countless students’ academic careers in jeopardy.

Had the University been more thorough and received proper guidance, then it would have been a better situation for both the university and the students. Let this be a lesson for all to ensure that all insurance plans are negotiated and explained to you thoroughly and professionally.